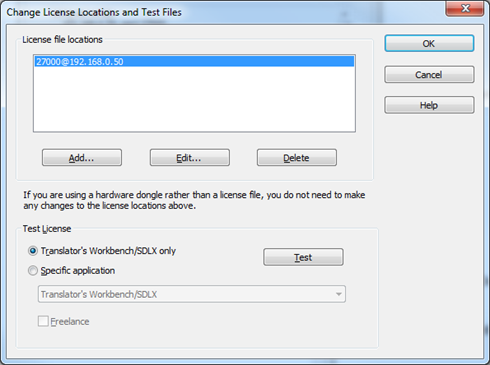 We are using a floating license with a license server in our private network. I think all this does not apply if you have a local license on your PC.

If you have the same problem, check the following things first:

Got the hints from Grzegorz Gryc.

Now, in our case the problem was a bit complicated. Our license server was not running on a fixed IP, for some reason the DHCP server is handing out the IP addresses in some weird way (normally every PC gets the same address every time it connects). Anyway, we fixed that, but still it took ages for Trades to start up. At least we didn’t get the License Server Dialog anymore.

The 2nd problem was, that Trados was scanning all possible IP addresses that the license server ever had (even though now it was fixed).

To solve this do the following:

That’s it! I hope your Trados is starting faster now!